May Day, May Day!

Posted by carla Andrews on Friday, May 8, 2015 Under: Carla's Sugar Free Transformation
April saw many milestones for me, I achieved my first EVER medal for swiming 1.5 miles, I hit below the 200lb mark with a total loss of 55 pounds, so I was dead chuffed. During April I also took up badminton to my initial reluctance, but oh my, what a fab game and workout! The only trouble is I still wait for the shuttlecock to bounce, but I will get there, Rome wasn't built in a day. So, my exercising with friends has really helped, because it doesn't feel like exercise. So, below is what I have built up to over the past 4 months;
Mon - Yoga & swimming.
Tue - Running.
Wed - Badminton & Swimming
Thu - Walking
Fri - Badminton & Body Pump
Sat - Parkrun 5k
Sun - Walking

However, with nearly four stone removed and with relative ease, I lead myself into a false sense of security with my diet. As we entered May and the bank holiday weekend I was set for a family day at an activity centre. With the morning of grass sledging, jet skiing and canoeing I was super excited. Not just because of the adrenaline rush, but in fact for the first time for a very long time, I could fit into the sledge / canoe, and comfortably wear the life vests, something which in the past I would want the ground to open up and swallow me as they would hunt for the extra large, or just appologise as it didn't quite fit. Either way, it was never a nice experience. So on my natural high I sat with my family and tucked into the picnic that I brought with us. In it was a few treats for my family, which I decided would be okay for me to also indulge a little. As I tucked into my custard tart I enjoyed the sensation immensely. It won't hurt me after all, I am stronger now than ever before was my mindset. So, on with the day once our lunch settled. My next quest was a 35ft zip wire. Harnessed up I climbed the three sets of stairs to the top. Holding on for dear life the attendant said I can go now, 'how' I asked. 'Just jump' was his simple reply. Really, oh my God, jump, are you kidding me as I just leaped. It was fast, and the end was terrifying, but I did it, and would most defiantly do it again! After a few more activities it was time to go home. My brother suggested we go for dinner, and I never turn down food, part of my problem I guess, but the thought of a nice meal out with no washing up does it for me. We opted for Chinese. I was precautous at first, but could not resist a little bit of sweet and sour (something which I know is off the sugar charts), then there was the BBQ spare ribs, one won't hurt. I stayed clear of noodles and rice, so patted myself on the back. Then I walked past the desserts, really, apple crumble and custard in a Chinese? But, it was just like my nan used to make, it looked so delicious. A bowl full can't hurt, after all I have been active all day!
The morning after the night before. SUGAR, I need SUGAR my body was screaming out for the white stuff. My boys stopped me from giving into it, but oh my it was hard. Harder than when I initially gave up in January. I couldn't concentrate, my brain was so distracted by thoughts of cakes. My son was ill, and I couldn't get to do my exercise, and didn't have the strength indoors to do it either. The next day it was worse still, all I wanted to do was to get a big iced bun and bite into its sweet, soft, tasty deliciousness, I was practically climbing the walls by now. The whole day was painful, so I decided to get my bottom to the gym and punish the gym for my thoughts. However, once I got there I was called back home by my sons needs. This made me spiral even further. What did I do? I sent an SOS to the lovely Dr Peeke, I didn't expect a reply, I just found it therapeutic to write to someone what was going on in my head. But, Dr Peeke, being the lovely, supportive and dedicated person she is messaged me and told me to hang in there, she is about to call. We spent time reflecting on the lessons I had learnt over the past 72 hours, and assured me that I was going to be okay, but this my addiction, SUGAR IS MY ADDICTION. I also showed her my clothes-o-meter photos which I had just taken wearing the clothes I wore when I flew to LA, beside one in which I wore a new little black dress. I also posted it on facebook, which I had lots of encouraging supportive comments.
The following day I woke up and planned my food, my brain was back focused and ready for the day ahead. My food as clean and healthy. By the end of the day I had clocked up 17.91 miles of walking. My furthest yet in one day. My pained days seem to be over for now. I have learnt from this there is no such thing for me as a little cheat with the processed stuff. Some people can, I can't, sugar is my kriptonite. 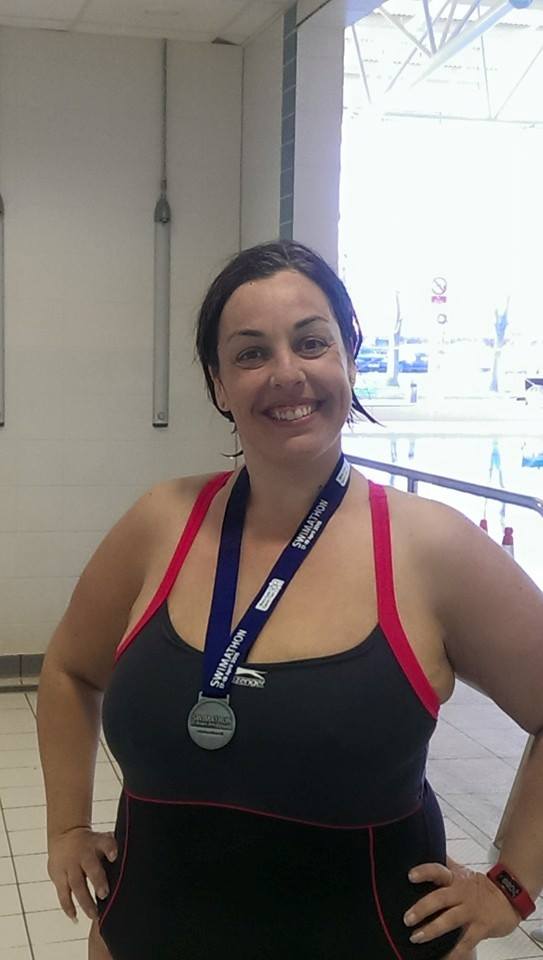